The 13th Fellowship Interim Research Report Meeting was held, with 12 long-term research fellows who came to Japan in September reporting on the research they have conducted so far. They received frank questions, opinions, and advice about their research in the question-and-answer session, so the meeting can be seen as an excellent opportunity for the researchers to reconfirm the results and direction of their research. This meeting raised expectations that the researchers will conduct deeper research in preparation for their final reports. 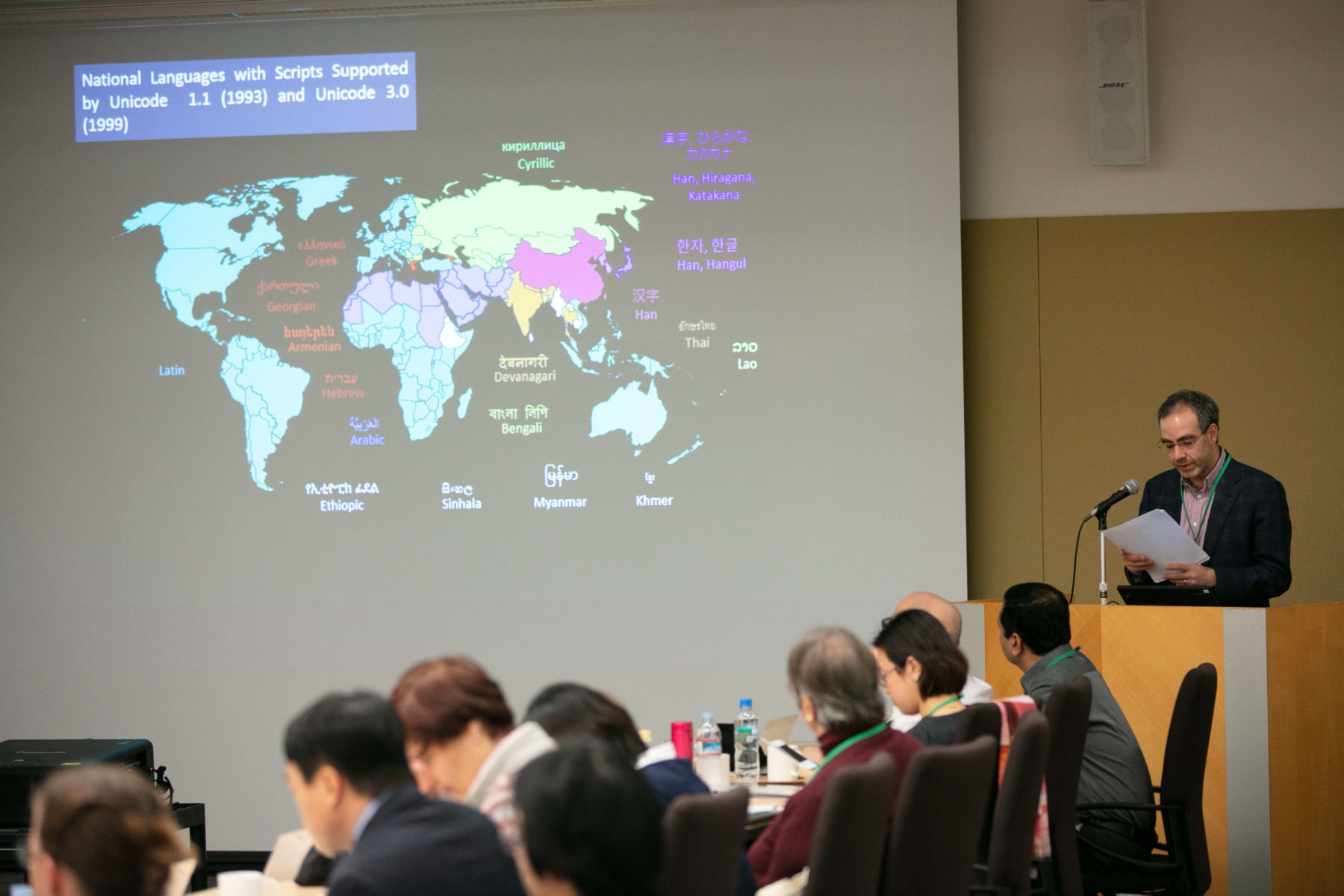 In the question-and-answer session, the researchers received advice and requests on parts that should be added to, points for correction, and how to expand their research, as well as questions that reconfirmed the direction of their research, such as where they will place the main axis or goal. As the remaining issues and new issues for their final reports became clear, the researchers each renewed their motivation for continuing their research. 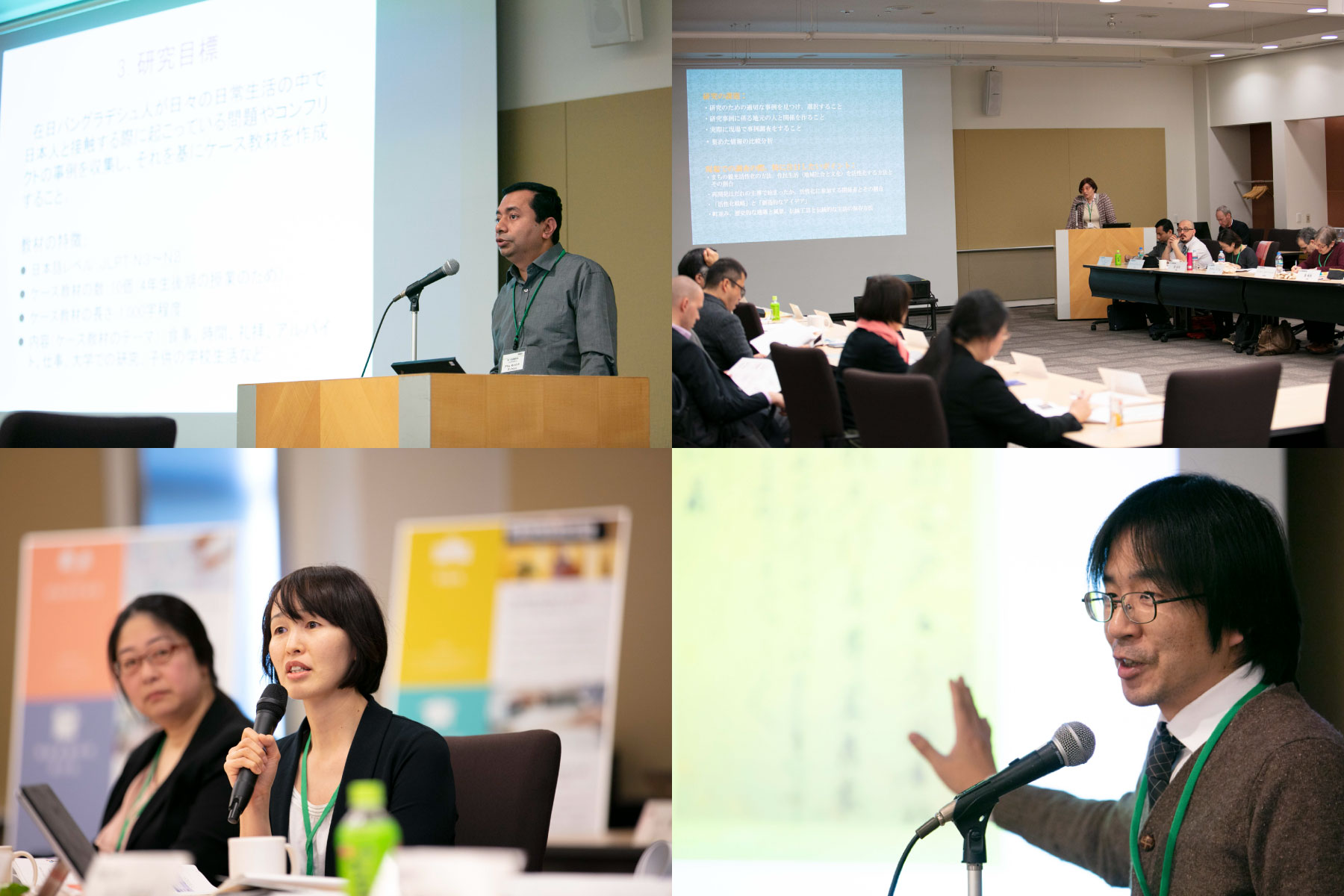 (The following names are given without titles, in the order that reports were made)

Professor, Institute for the Study of Societies and Knowledge, Bulgarian Academy of Sciences (Bulgaria) 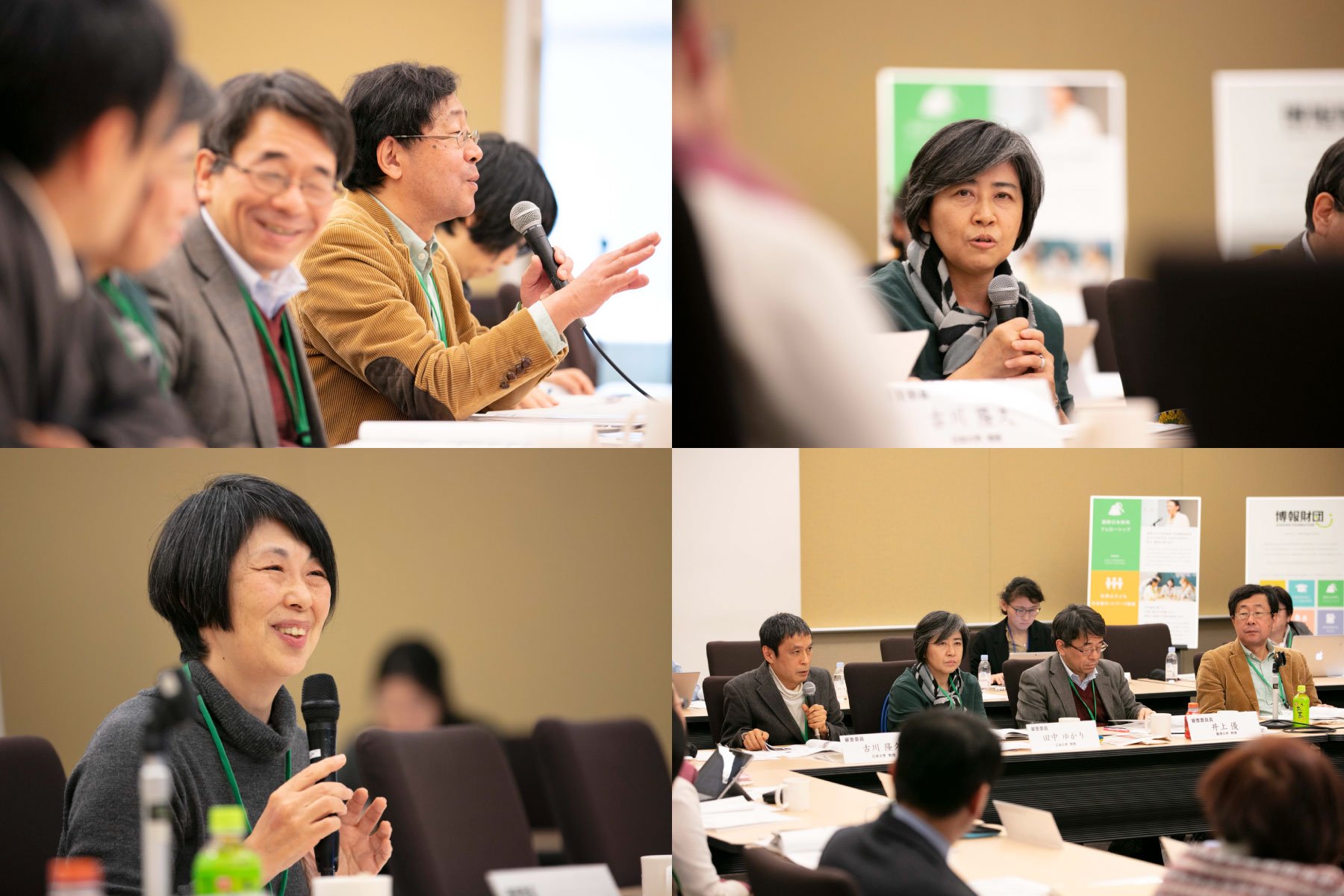 Comments by the Evaluation Committee

After the research reports by the research fellows, they received comments from each of the five members of the Evaluation Committee.

At the outset, Chairman Masaru Inoue gave specific recommendations and advice on delivering a research report in just 15 minutes. “At meetings where researchers from various fields come together, it is necessary to explain content that is meaningful to experts in a way that can be understood by non-specialists. This is difficult to do, but it also helps in grasping the essence of your own research overall. First extract the essence, the core of your research, in the first minute. Then use the following 14 minutes to supplement this, and you will make the best use of your time.”

Other Evaluation Committee members also offered their feedback. “I realized that the field of Japanese language education has become more specific and more practical.” “I felt tested in terms of what kind of comments I should give, as the research reports covered a very wide range of fields.” “There were some tough opinions, but that showed how the Evaluation Committee members were deeply interested, and are looking forward to future results.”

The feedback conveyed the strong expectations of the Evaluation Committee, who hope that the researchers will make use of their experience at this report meeting to deliver better reports at the final report meeting six months from now. 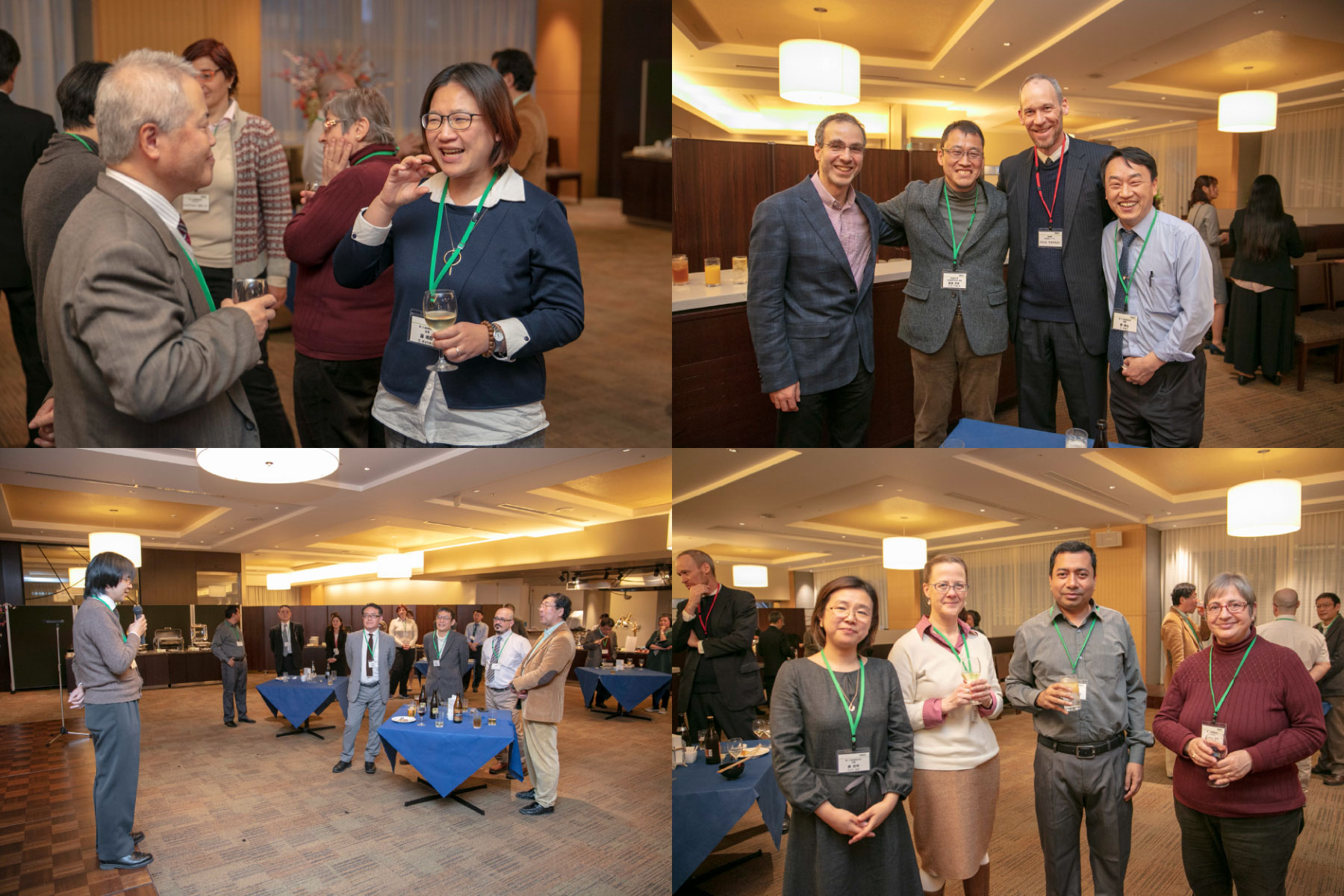 After the report meeting, the participants moved to another venue for a social gathering. At the social gathering, the research fellows received advice from Committee members and professors of receiving organizations who shared their opinions in the question-and-answer session. Researchers also exchanged ideas about their research with each other, and enjoyed a good time.

The following are comments from researchers who have finished their reports.

“I have been very busy, focused on fieldwork for the past six months since coming to Japan, so this research report meeting was an excellent chance to look back on my own research. I received comments from Evaluation Committee members, which were very information for how to advance my research. I still have many research materials to organize, so I will use my remaining time effectively to advance my research.” (Professor Tang)

“At this meeting, I heard perspectives on education regarding the preservation of historical buildings, so I would like to present my final report with awareness of that perspective. I like being asked questions, so I hope to receive many more questions (at the final report meeting). At this meeting, I heard that research by another research fellow had uncovered old materials that had been unknown until now. I have also had the experience of finding such materials in my home country, so I fondly recalled that experience and felt envious.” (Professor Shevtsova)

“In my research report today, my theme was too broad, so there were some things I could not effectively convey regarding my overall vision for classes. It was nice to be able to explain those parts by answering questions from the Evaluation Committee members. In my current research in Japan, I have been able to participate in case method teaching seminars at Keio University, and with specific methods for conducting classes, I feel that I am finding a way to make them my own.” (Professor Lo)

“I do not have many opportunities to present my research in Japanese, so I found the preparation to be difficult, but I learned a lot from the responses from the audience. The opinions of professors from receiving organizations and the Evaluation Committee members were also very informative. At the final report meeting in August, I hope to be able to report on materials that I am still in the process of analyzing and researching.” (Professor Adal)

“For the past six months, I have been exchanging views with various other researchers, but I was able to hear views from even more new perspectives, so I think I was able to take a slightly different approach. I took notes on all of the views I received, so I will carefully consider how to solve my issues in the future. There were some parts where my explanation was insufficient, so I would like to use the experience I had today in writing papers.” (Professor Liu) 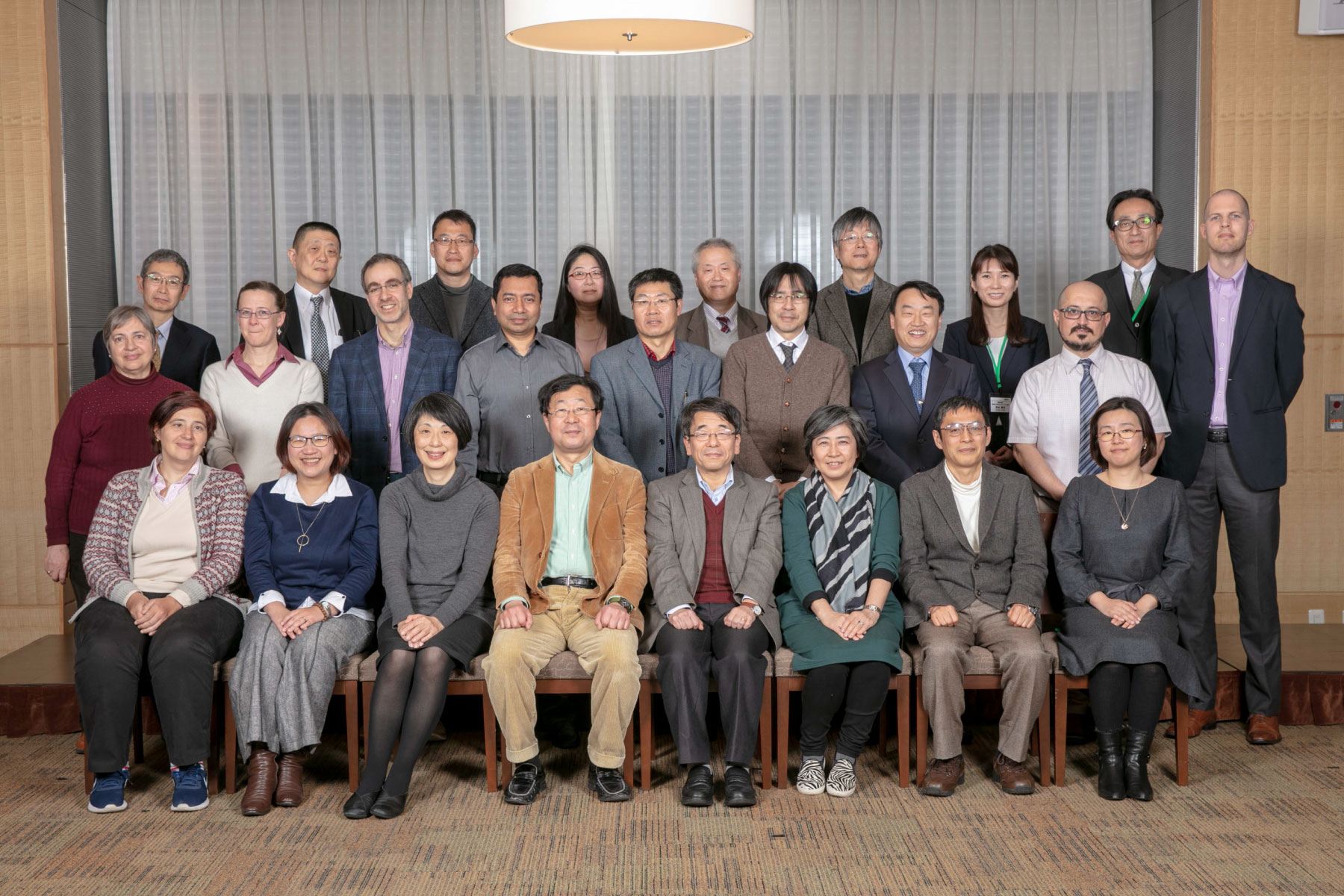