“A Global History of Japan’s Tea Export Trade: Socio-economic Perspectives from Production to Consumption, 1850 to 1950”

“A Global History of Japan’s Tea Export Trade: Socio-economic Perspectives from Production to Consumption, 1850 to 1950”

Consumption of Japanese green tea in America has increased in recent years. Exports from Japan by overall volume have quadrupled in the past 10 years, and half of this tea is consumed in America. However, this is not the first time that Americans took a liking to green tea and started drinking it more. According to the historian Robert Ingels Hellyer, ever since Commodore Perry visited Japan with his black ships, a great amount of green tea has been exported from Japan to America, and there was a major green tea boom in America in the Meiji period (1868–1912).
Hellyer’s research investigating the history of Japanese tea exports has revealed the connection between green tea consumption trends in America and green tea culture in Japan from the Edo period (1603–1868 AD), onwards. 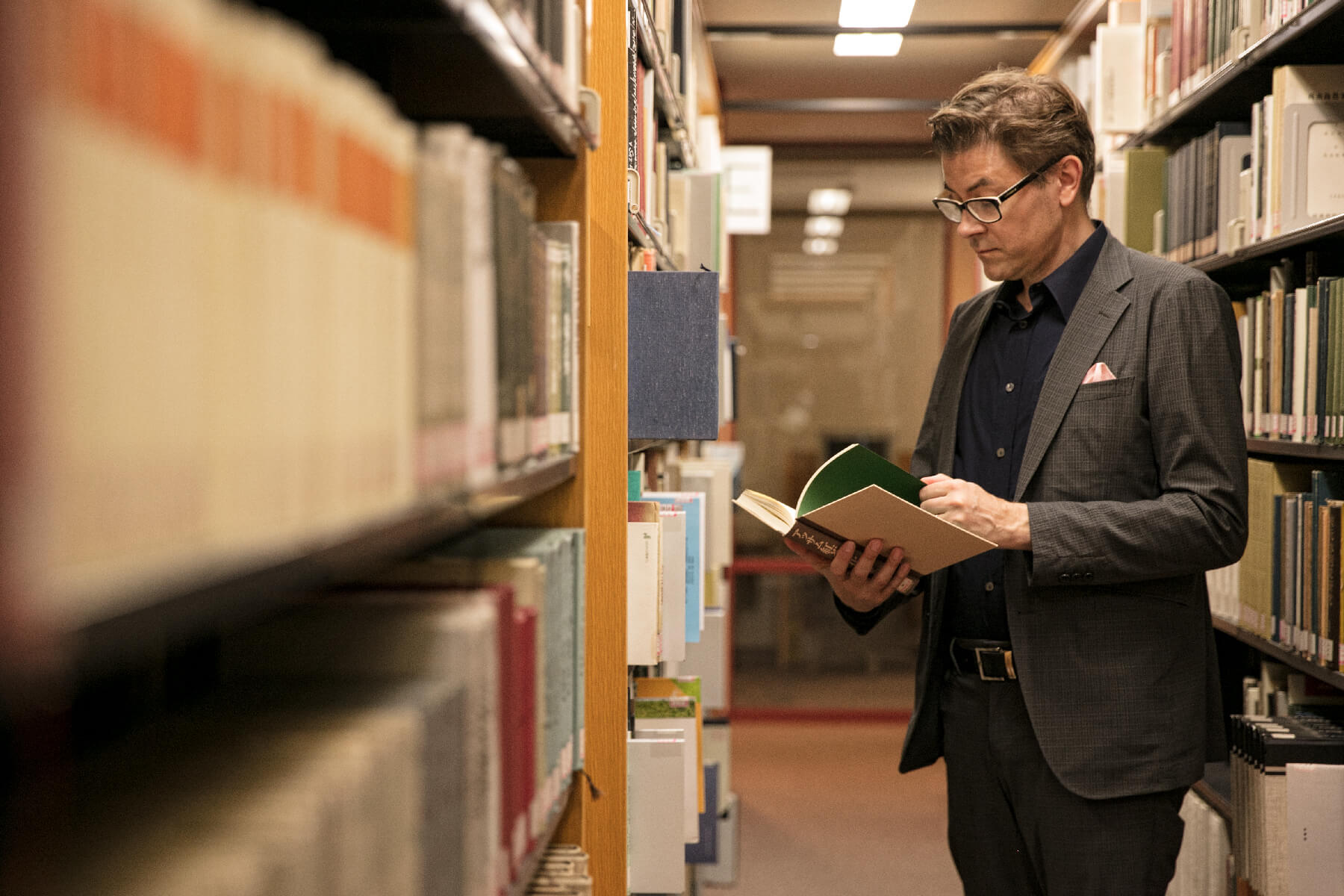 I have heard that you are researching green tea. What does that research cover?

During my current field research, I investigated the Japanese farmers, factories, and merchants who actually supported the export industry. As it turns out, sencha (non-powdered green tea) was not widely cultivated in Japan until the Meiji period. That is to say, after it was first exported to America. I compiled stories about the key players in this industry. This includes Maruo Bunroku, the man who led the unemployed former retainers of the shogun and river-crossers (laborers who ferried people and cargo across rivers) to make tea farms, the women who processed tea in the factories of Yokohama and Kobe, and Nakayama Motonari, the man who devoted his life to improving and spreading tea cultivation methods in the Sashima Region of Ibaraki Prefecture. I also researched the consumption culture in America, the country to which the tea was exported. I sought to answer the question, “Why did Americans like green tea so much?”

I didn’t know that so much Japanese green tea was consumed in America during the Meiji period.

When America gained its independence in the 1780s, black tea was more widely consumed in America, just as it was in England. However, starting in the 1800s, green tea gained a reputation as being more refined than black tea, and a great deal of green tea was imported from China. At the time, China controlled the world tea market, when the Treaty of Amity and Commerce between the United States and Japan opened Japanese ports to foreign trade, more tea was imported from Japan.

In the 1880s, oolong tea was more popular on the East Coast of the United States, but it seems that people in Chicago and farmers in the surrounding Midwest Region preferred Japanese green tea. 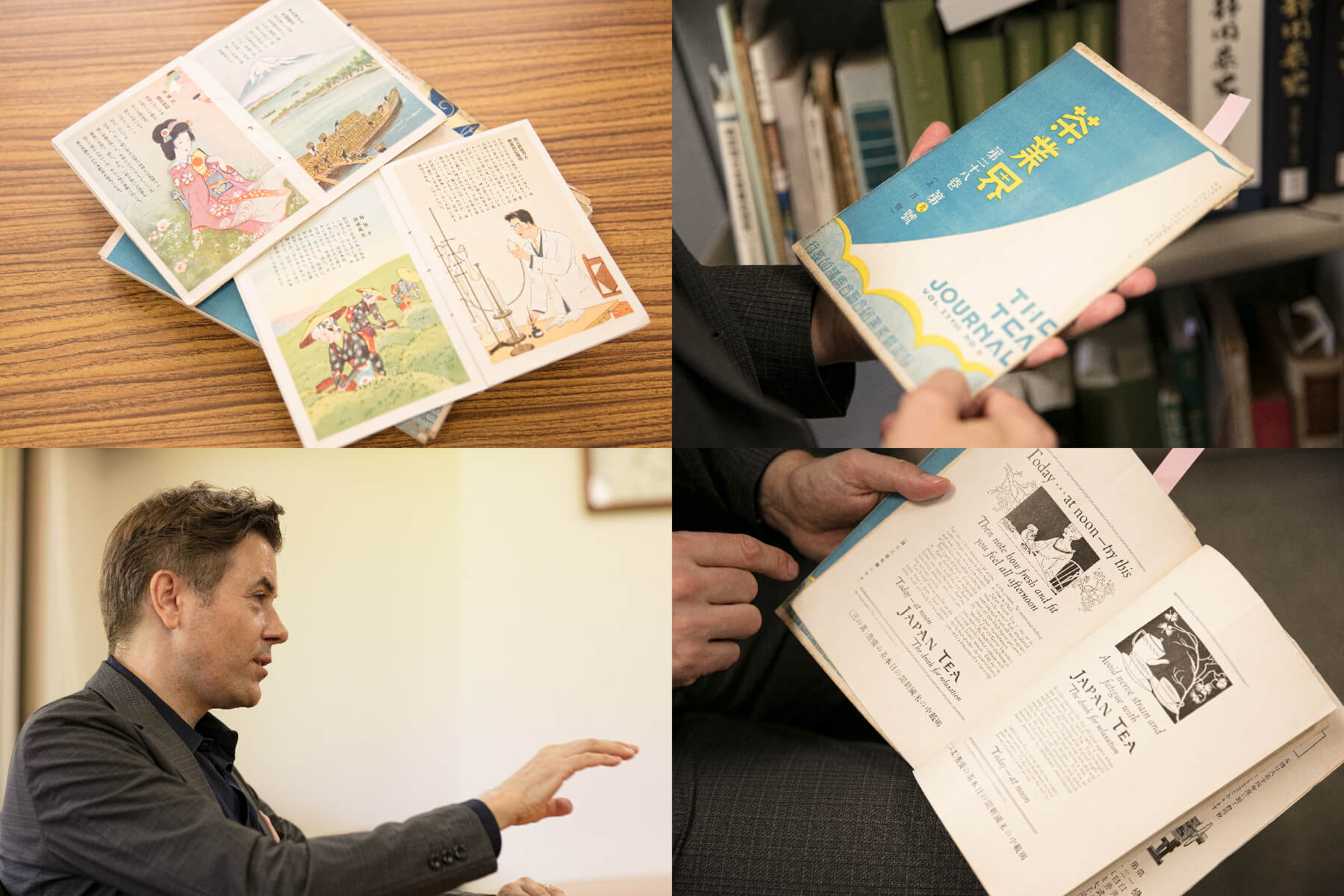 Why did green tea lose popularity in America after that?

Starting in the 1890s, black tea from India and Ceylon (Sri Lanka) gained popularity. In Japan, increased exports led to the expansion of tea production regions, as well as the development of manufacturing machinery and selective breeding. This helped to increase tea production, and people faced the problem of what to do with the excess supply of tea. In the 1930s, they tried exporting the tea to North Africa, the Soviet Union, and Manchuria, but the best solution was to increase domestic production. Since then, high quality sencha that was previously reserved for exports began to spread among common Japanese people.

That was the reason why sencha became more popular in Japan?

I think so. Until then, bancha (coarse tea) was more widely consumed than sencha in Japan. During my current field research, I investigated how green tea was consumed in Japan at the time. Until the Taisho period (1912–1926), it was common for people in the countryside to make their own bancha at home. However, what really surprised me when I read reports by tea guilds was that the upper-class people living in Tokyo did not like sencha very much. They believed that bancha was healthier than sencha. Until then I thought that sencha was not consumed very much in Japan because it was so expensive—so I found this very interesting.

The tea guild thought it necessary to reverse the image of sencha in order to get people to drink more of it, so they played up the fact that sencha has a high concentration of vitamin C in comparison to other foods. They also made advertisements promoting sencha as a good present. Sales promotions at the time are carried on in the image of sencha today.

The Japanese tea guild also placed advertisements promoting green tea in magazines and newspapers in America. At the World’s Columbian Exposition of 1893, which was held in Chicago, they built a tea room to promote green tea. But it seems that the favorite among Americans was matcha ice cream. (Laughs). Matcha is still popular among Americans today. 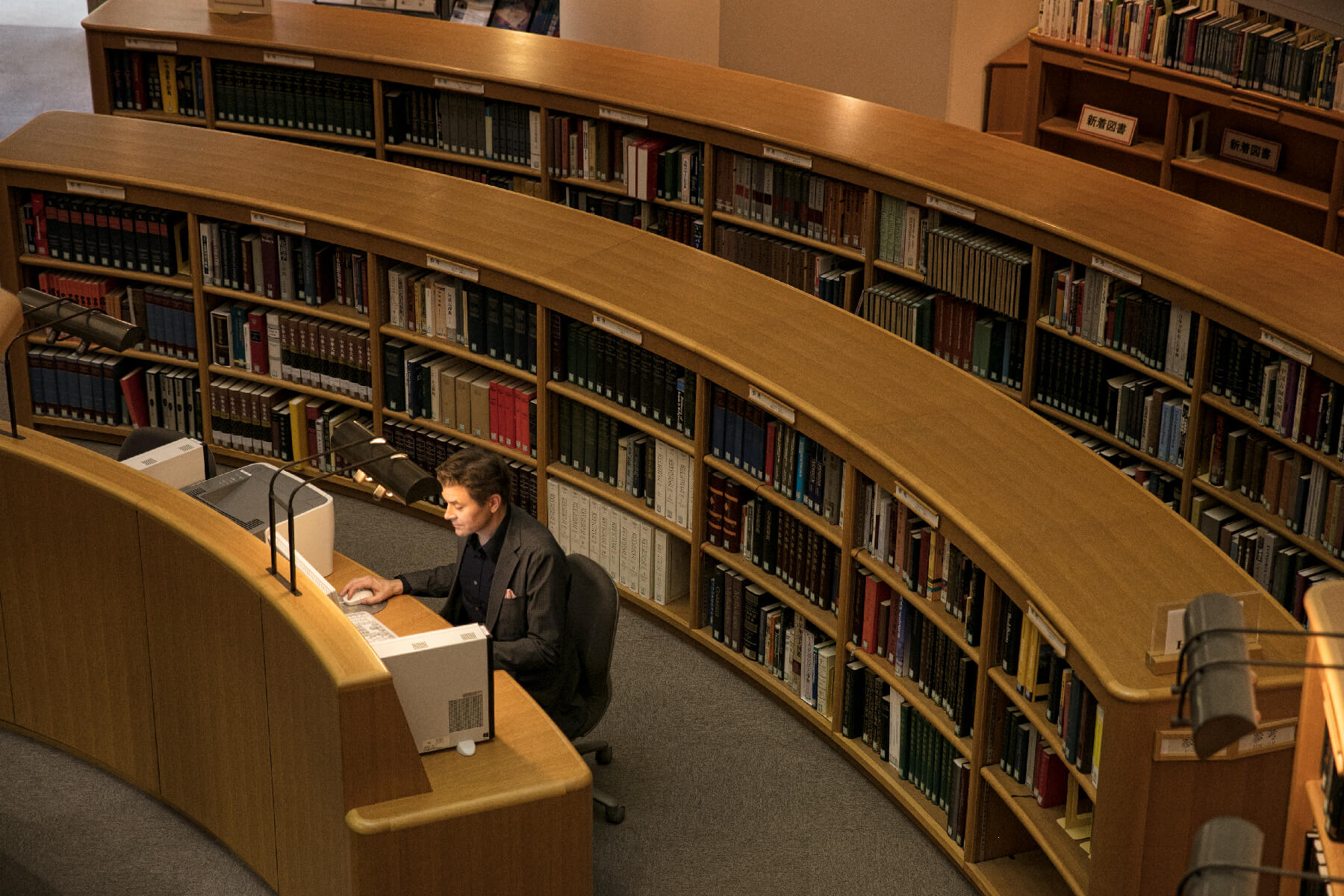 A Japanese tea trader in the family tree

Why did you decide to research Japanese green tea?

There were two reasons. First, one of my own ancestors—a merchant who came to Japan in the last days of the Tokugawa Shogunate—started a trading company that exported Japanese tea to the rest of the world. When Nagasaki opened to foreign trade, he was one of the first to come from Shanghai to Nagasaki. He purchased raw tea leaves from all over Kyushu, processed the tea, and exported it to America, achieving great success. His name was William John Alt, and his home at the time still stands in Glover Garden in Nagasaki.

So your own ancestor was an important person who supported the “export history of Japanese tea”. Was he American?

No, he was English. He retired when he was 32 and went home to England. Later, two of his nephews (including my great grandfather) came from England to Japan and took over the trading company. My great grandfather exported Japanese tea to the American Midwest, and eventually moved to Chicago—the city to which he had been exporting his goods—and became an American. So, Japanese green tea is one of the reasons that I myself am an American. (Laughs).

That’s such a dramatic story! Did you grow up hearing about the history of your ancestors?

I heard a little bit, but I didn’t know the details. After I started researching Japan, I would sometimes teach my parents what I had learned. My own grandparents lived in Shizuoka after they got married and my father was born in Tokyo, so I heard stories about Japan quite often.

In fact, one other reason that I decided to become a researcher was that after I graduated from university, I joined the JET Programme in Japan (The Japanese Government’s Japan Exchange and Teaching Programme) and taught English at a junior high school in Yamaguchi Prefecture. I stayed for one year, and during that time I learned about the imperial loyalists of the Choshu Domain and took interest in Japanese history. This reminded me of the stories that my grandparents told me, so I went to the archives and learned about the history of my own ancestors.

After that, I traveled around Europe and China and studied French in Europe, but I could not ignore my interest in Japan, so I joined the JET Programme again. At first I was assigned to Yamaguchi where I had been before, but I requested Nagasaki instead. I had imagined going to Nagasaki City, but I ended up on Tsushima instead. It’s an island nearly 5 hours from Hakata by ferry. (Laughs). This was another one-year stay, and it was a great experience for me. Then I took interest in the Tsushima Domain and from the following year—at the graduate school of Stanford University—I researched the history of diplomacy between the Satsuma Domain, Tsushima Domain, and the Tokugawa Shogunate. 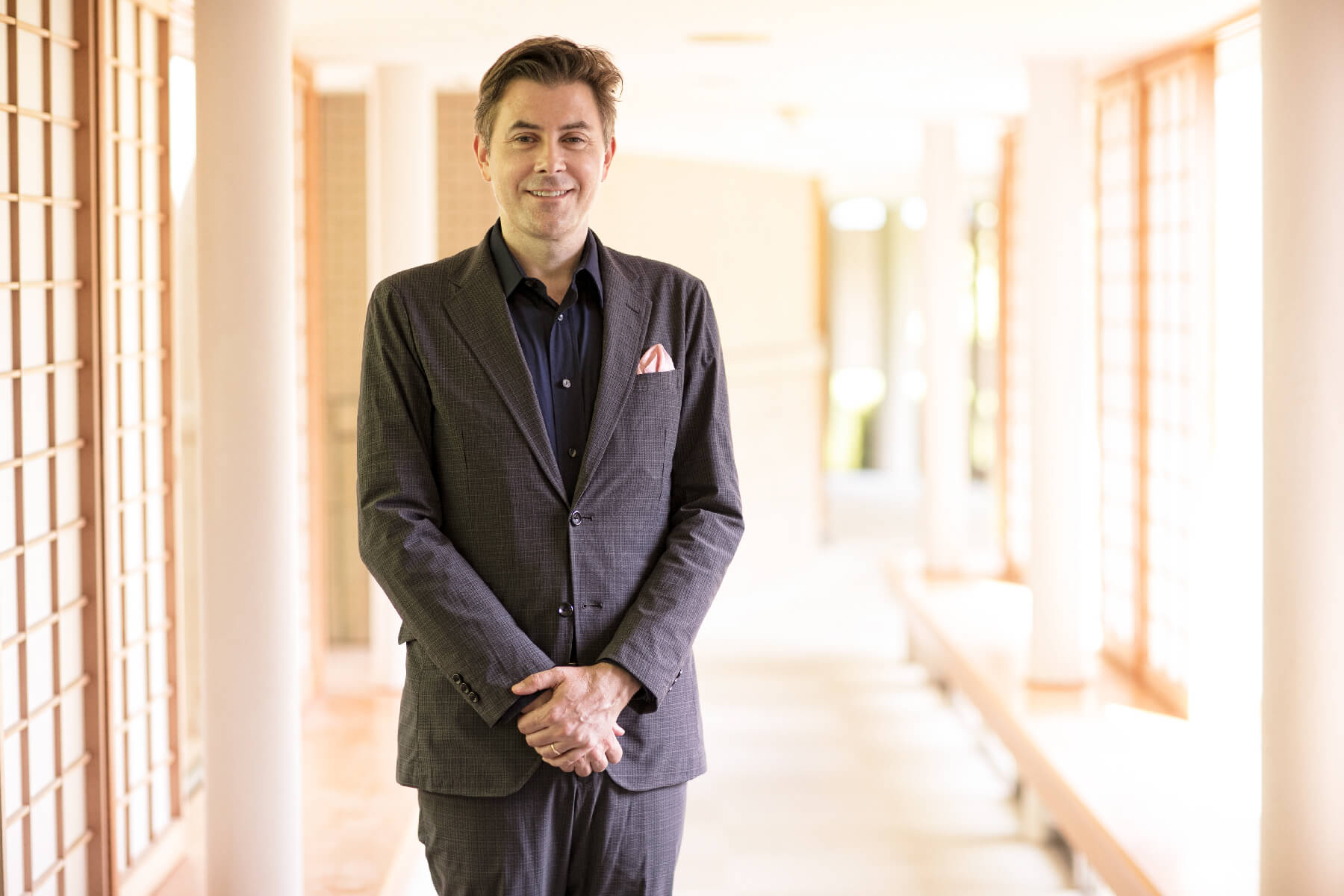 Why did you apply for this fellowship?

Until last year, I was researching the consumption of Japanese tea in Chicago. Before that, I researched the status of Japanese tea exports at the University of Tokyo, but there were many things that I could not research properly, such as the people who actually supported the supply from Japan. At that time, a researcher that I met at an academic conference told me “If you want to do research in Japan, you should try the International Research Center for Japanese Studies” (Referred to below as Nichibunken), so I applied for this fellowship, for which Nichibunken acts as a host institution.

Nichibunken conducts joint research, wherein researchers work together on a single theme. I participate in research on “History of World Expos and People.” I had researched the World’s Columbian Exposition in which Japan promoted green tea, so there was some overlap. I think that a great aspect of Nichibunken is that researchers can communicate with each other through this joint research.

It was wonderful. I was an assistant researcher at the Institute of Social Science of the University of Tokyo for two years, then worked as a researcher for a few years at the Institute for the Compilation of Historical Material, so this wasn’t my first time doing research in Japan. Also, my wife is from Tachikawa City in Tokyo. (Laughs). However, this was my first time living in Kansai. I like Tokyo, but I’ve really come to like Kyoto as well.

Because I live with my wife in the “Nichibunken House” at Nichibunken, I can arrive at my office with no commuting time. Nichibunken has an excellent library, which has collected the documentary records necessary for research on Japan. If I request the books I need, they will even get books that aren’t in the library within 2 or 3 days. It is a wonderful environment, where I can quietly concentrate on my research.

I enjoy jogging as a hobby, and Nichibunken is surrounded by greenery, so I had a great time jogging every morning. One particular site—a bamboo grove located about 10 minutes away—is as beautiful as Arashiyama. Normally it’s a quiet place with nobody around, and I really got to feel like I was in Japan when I went jogging there.

You have deep knowledge of Japan. Is there any aspect of Japanese culture you really like?

I also experienced the sencha tea ceremony for the first time during my current stay. Just like matcha, sencha has its own tea ceremony, with all the associated tea etiquette. It uses a very small tea set, so you only get to drink a few sips. (Laughs). Speaking of sencha, I also went to Shizuoka for lectures, and I tried picking tea in the tea fields, as well as roasting tea and rolling tea. I enjoy not only researching sencha, but drinking it in day-to-day life, and I always pour it from a teapot to drink it.