The Japanization of Chinese Poetry Just Before The Kokin Wakashu (The Collection of Japanese Poems of Ancient and Modern Times): Focusing on Shimada Tadaomi and Sugawara Michizane

The Japanization of Chinese Poetry Just Before The Kokin Wakashu (The Collection of Japanese Poems of Ancient and Modern Times): Focusing on Shimada Tadaomi and Sugawara Michizane

Japanese-Chinese poetry is poetry written in “kanbuntai,” a Japanese writing style that imitates the style of Chinese writing. At the peak of the Chinese-way culture from the Nara period (710–784) to the Heian period (794–1167), bureaucrats and aristocrats were required to compose Chinese poems to demonstrate their cultural knowledge. These aristocrats rapidly absorbed the expression techniques of Chinese poetry and learned to compose Japanese-arranged Chinese poems in later years.

These Japanese-arranged Chinese poems have tended to be regarded as imitations of the Chinese literature to date. However, Deputy Professor Liang Qing, who conducts research on this style of poetry, looks upon the form as a unique aspect of Japanese culture that matured in the natural features of Japan. These poems express a Japanese aesthetic sense, the taste of which differs from Chinese poetry. 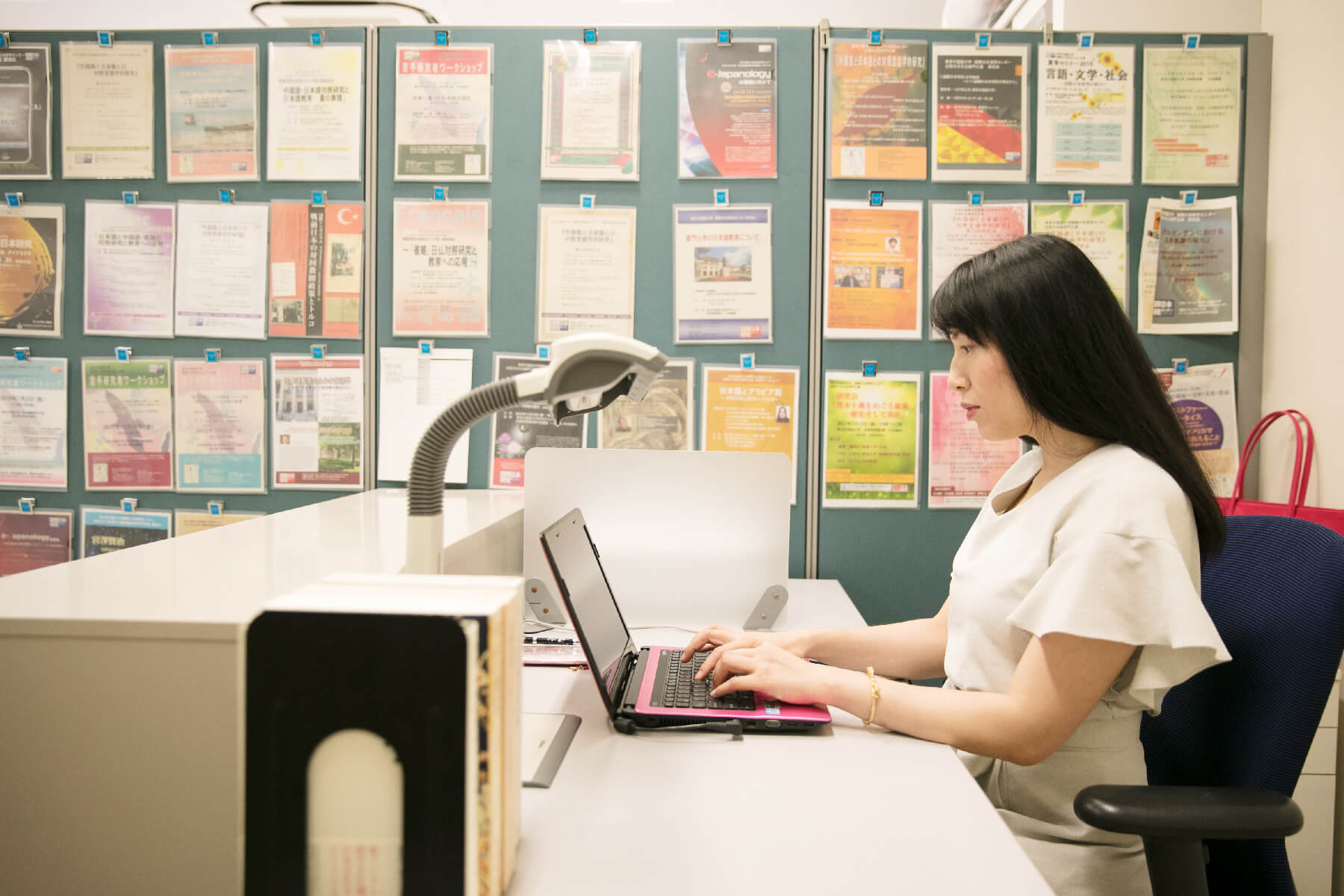 Your field of research is Japanese-Chinese poetry. What specific research do you conduct?

I conduct research on the Japanization of Chinese poetry in the Heian period (794–1167), that is, the Japanese elements.

I studied at Nagoya University for four years as a doctoral student and wrote a doctoral thesis entitled, “Japanese Poetry Expression of The Shinsen Man’yoshu (Newly Compiled Man’yoshu).” The Shinsen Man’yoshu (the first volume was compiled in the year 893 and the second volume was compiled in 913) is a special a mixed collection of Japanese and Chinese poems in which Japanese and Chinese poems are arranged together. While studying at Nagoya University, I conducted research on the specific Japanese expression used in Japanese-Chinese poetry at that time. However, in the last study I conducted while staying in Japan, I researched not only the expression but also the Japanese aesthetic sense, Japanese culture, and Japanese cultural features behind this expression and examined how people in the late 9th century sorted the expression from Chinese poetry.

You researched how Heian aristocrats sorted out and developed Chinese poetry expression that was suitable for them, didn’t you? Could you please give me some specific examples of this?

In addition, the last part “kankyo” of the Japanese phrase ikinkankyo means “returning to the hometown where one was born and raised,” that is, succeeding in life and returning to one’s hometown in glory. However, all of the aristocrats who composed Japanese and Chinese poems during the Heian period were born in the Heian Palace and had no hometown to return to. Therefore, they focused on “ikin.” They omitted “kankyo” or used it to mean, “leaving for their new posts in rural areas.” This is an example of people sorting out expressions according to their social conditions.

You discovered many things by examining expressions, right? However, it seems that such discoveries took a great deal of time because you had to examine each expression used in a collection of Chinese poems and conduct research on the social background in the Heian period.

In addition, Tokyo University of Foreign Studies is closely associated with Xiamen University, my regular workplace. Since I was a doctoral student, I have received great help from Professor Murao Seiichi, who took charge of accepting me. I specialize in Japanese-Chinese poetry. However, because I conduct research on Japanese poetry elements, it is also necessary for me to know a great deal about Japanese poetry. Professor Murao, whose specialty is Japanese poetry literature, gave me a great deal of valuable advice and instructions during my last stay in Japan. In fact, his book includes a paper on hometowns in Japanese poetry and this paper gave me a lot of reference information that was useful for examining the Japanese phrase ikinkankyo. 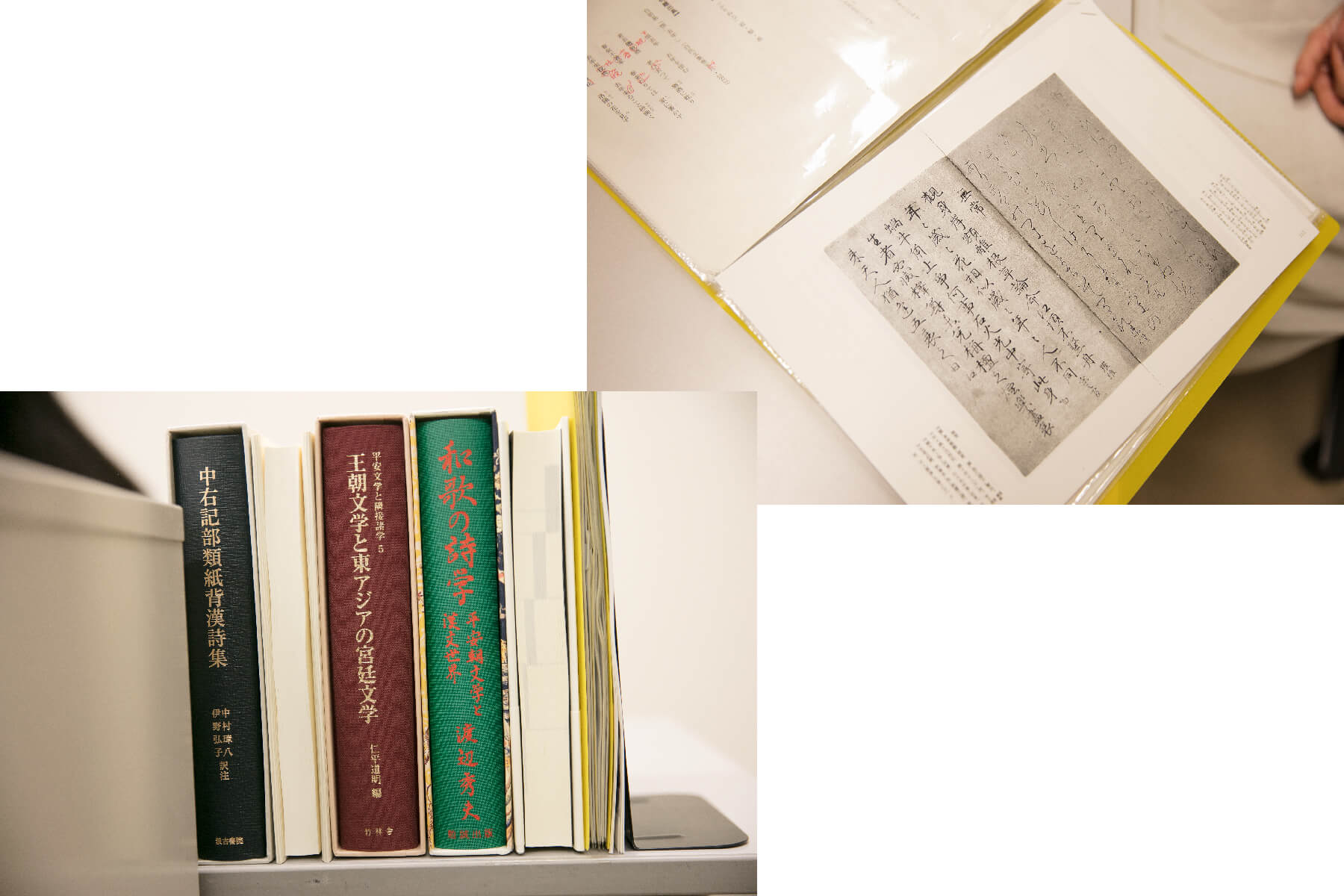 What triggered your interest in the world of Chinese poetry in the Heian period?

When I was a university student, I mainly studied the Chinese translations of novels by Kawabata Yasunari. I could read about Japanese culture and there was a profound Japanese aesthetic sense in his novels, which was very interesting to me. After I entered graduate school, there was a teacher whose specialty was Japanese literature. He studied The Kaifuso (Fond Recollections of Poetry). This triggered my interest in collections of Japanese-Chinese poems. The Kaifuso was the first collection of Chinese poems in Japan.

In fact, I was so crazy about Japanese manga when I was a fourth-grader that I started to draw my own. (Laughs). As I grew older, I had to concentrate on my study and stopped reading manga. However, I believe that my interest in Japanese culture—which I had read about in manga during my childhood—was the reason why I majored in the Japanese language when I entered university.

What particular manga title do you think you were influenced by?

NATURAL by Narita Minako. The protagonist is a boy from Peru. He practices kyudo, Japanese archery, in Japan. He also travels around Aomori and enjoys experiencing nature, living, and festivals there. Narita Minako produced many works set in foreign countries, including New York, but she seems to have started to gradually draw Japan and Japanese culture in her cartoons. This cartoon triggered my interest in Japanese culture and a Japanese aesthetic sense.

Did you discover anything new about Japanese culture from living in Japan this time?

What in particular impressed you about what the flower arrangement teacher taught you?

While I am arranging a flower, there are flower materials, a pair of scissors and a cup of water on the desk. I learned through the lessons that I always had to keep them tidy. I think such Japanese unique aesthetic sense and manners are really good. I learned to think of acquiring that good habit as a person. I was also taught the tea ceremony in the last lesson. I want to learn the tea ceremony as well someday. 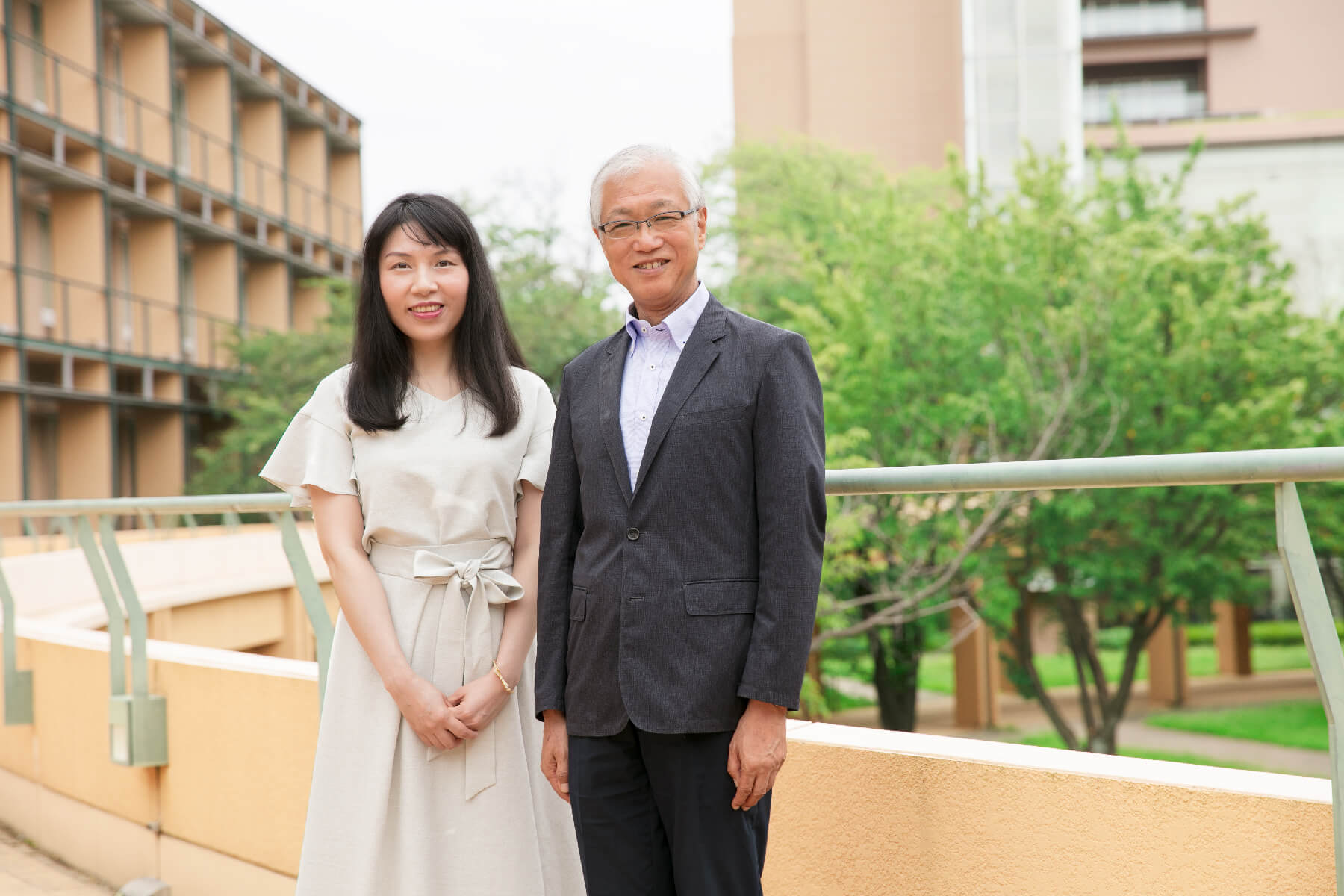 Comments from Professor Murao Seiichi at Tokyo University of Foreign Studies, which accepted Dr. Liang Qing.Professor Murao, under whom Dr. Liang Qing has studied since her days in the doctoral course, also taught Dr. Liang Qing’s mentor. Professor Murao said, “Her teacher also often went to the National Diet Library in Japan and performed overwhelming research diligently. I think that Dr. Liang Qing also took on this style. Recently, I introduced the Wakan Roeishu (Collection of Japanese and Chinese Poems for Singing) in my seminar. In that class, she worked hard holding active discussions with students and instructing them.”

Dr. Liang Qing deepened her understanding of Japanese culture for a year.

This was your first time to stay in Japan in the five years since your study in the doctoral course. Did you have any trouble during your stay?

How about your research environment?

I was very happy with it. As I said earlier, Professor Murao—under whom I had studied previously—works at Tokyo University of Foreign Studies. Professor Murao had also taught my respected teacher who instructed me in the master’s course. I also participated in his seminar and learned a lot from his comparisons of Japanese and Chinese poems.

When I was a doctoral student, I was studying in Nagoya. But I was happy to stay in Tokyo this time. Many museums of art, museums and libraries in Tokyo held exhibitions about literary research, and while staying in Tokyo, I went to see masters’ autographs, books and paintings on folding screens. For example, I went to see the exhibition “Kukai and Books about Esoteric Buddhism,” which was held at Keio University’s library. It gave me a good opportunity to study Japanese culture.

It was also significant that I could participate in many study and academic meetings and have contact with the latest research. If I only live in China, I cannot tell what research is being conducted in Japan. I got many hints from studying with other researchers. I will turn my eyes to history and culture as well as literature from now on and conduct research on the ancient exchanges between Japan and China.