The Past and Future of Amateur Media Culture in Japan

The Past and Future of Amateur Media Culture in Japan

Independent films are known by various names, including amateur films, small budget films, and personal films. While they are not commercial films, they differ from so-called “home movies,” in that they are created with the intention of being subjected to some degree of public screening.
Japan has a long history of independently produced films, and independent films were already being made with 9.5 mm film in the 1920s. Later, with the development of video equipment, the format of independent films changed to 8 mm, 16 mm, and then to digital video, with more than 1,000 independent films being produced in some years. However, very few people can say that they have actually seen an independent film from long ago. The reason for this is that most of these films were never commercialized, so opportunities for screening are limited.
Associate Professor Alexander Nicholas Zahlten is researching independent films produced from the 1920s to the 1980s, which are now quite difficult to see. During his 6 months of field work in Japan, he has searched for what few materials remain, visited the directors and crew from the time of production, watched their films, and listened to their stories—energetically pursuing his research in a limited span of time. 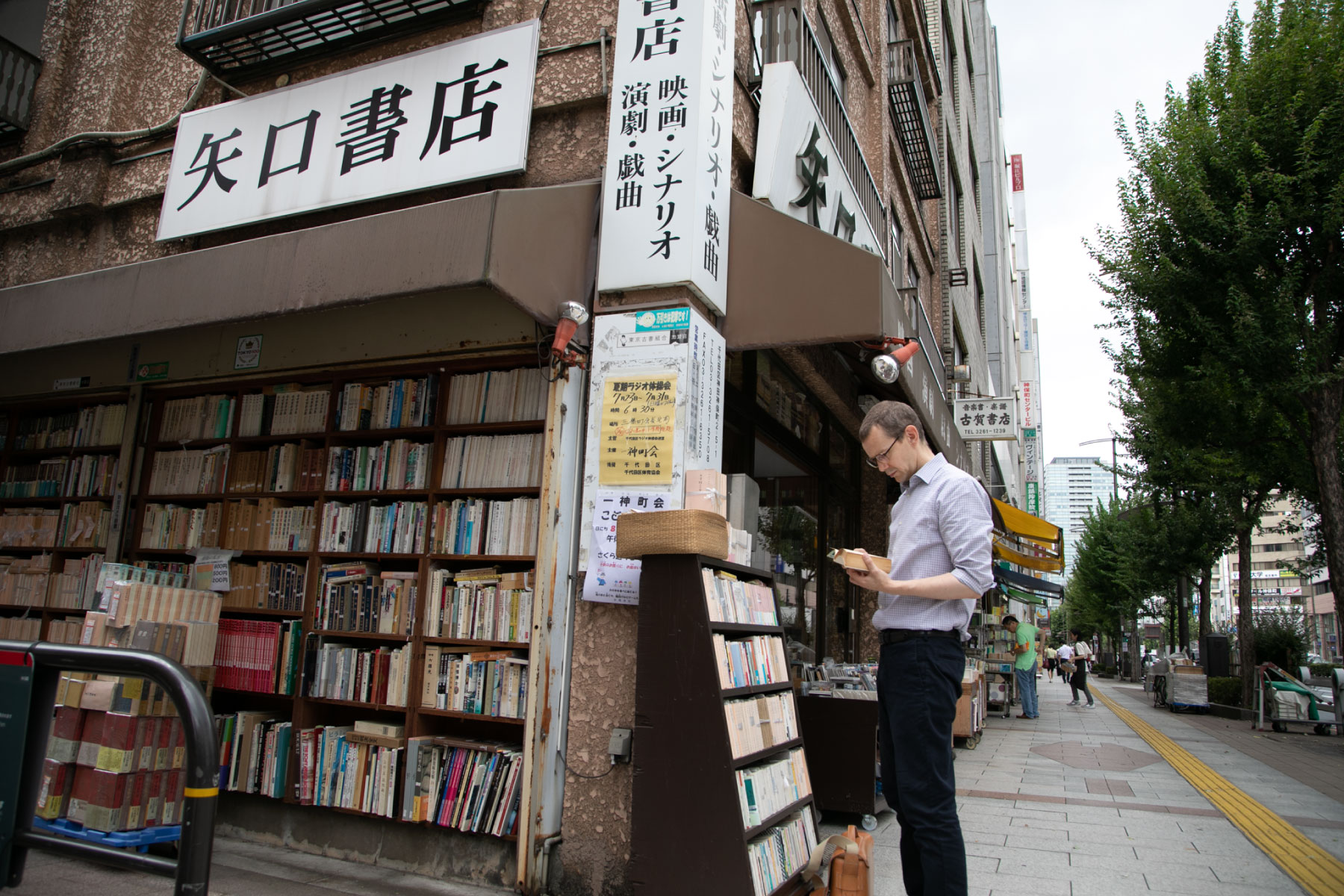 An important part of Japanese film history that has gone ignored

Why did you choose to focus on Japan’s old independent films?

One other reason is that I wanted to make clear the fact that amateur productions were made before the expansion of digital technology. Now, it is common to upload videos that you have taken or text you have written on your smartphone and post it on social media or your blog for everyone to see. This type of amateur production has become popular because of the development of digital technology. However, in Japan, so-called amateur productions have been actively created in the form of independent films since the 1920s. The history of fanzines goes back even further. It is true that the development of technology has made an impact on media production, but if you consider the long history of analog technology, then technology is certainly not the only factor. By learning about amateur productions in the 20th century, I think that we can understand many things about the state of modern media. 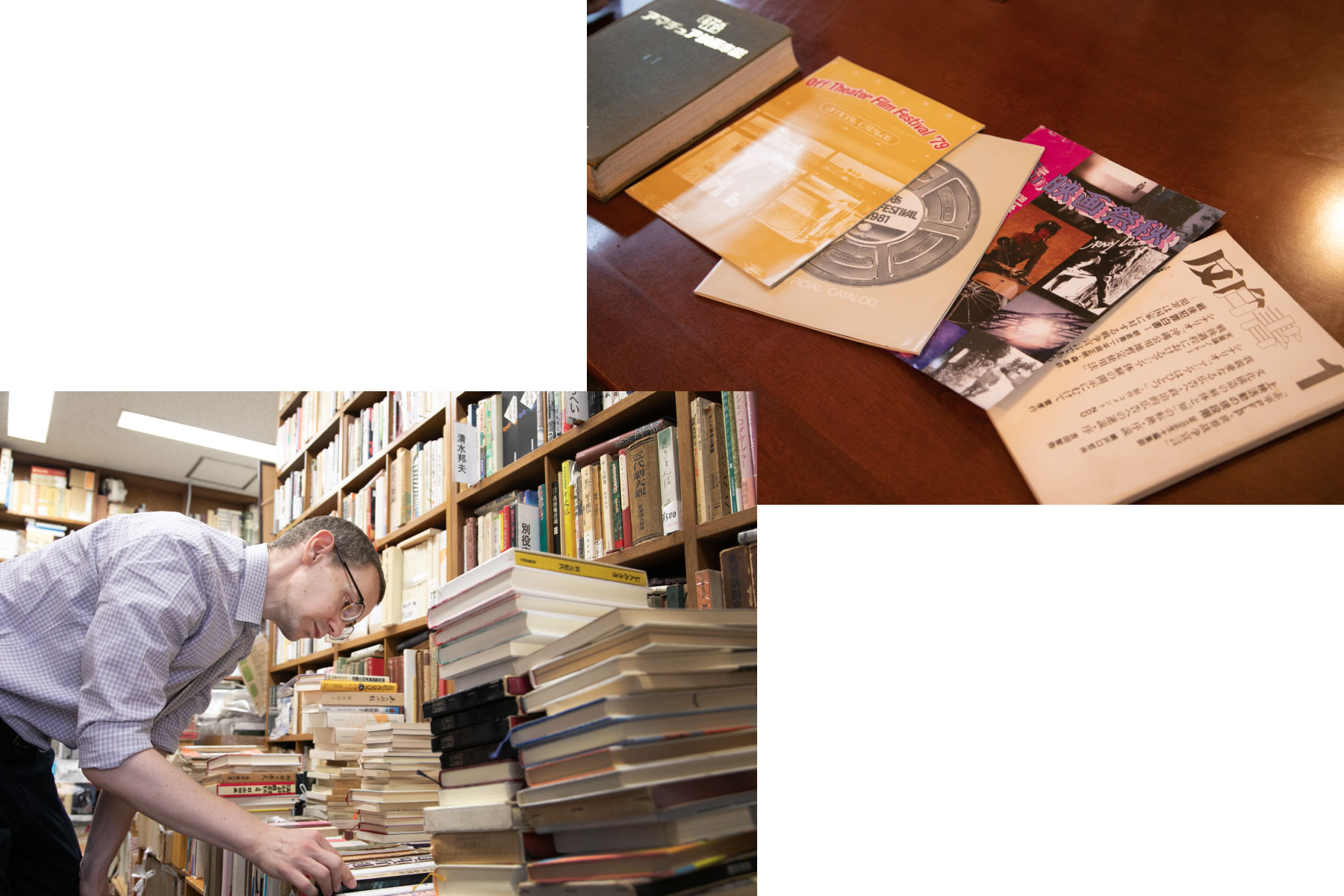 I was more interested in works that are actually watched in Japan, rather than prize winners.

Being born in America and raised in Germany, I expect that you found American and European films to be more familiar. Why did you take an interest in Japanese films?

That’s a good question. In university classes, professors often discussed American and French films, but almost never dealt with Asian films. Sometimes they might feature a Hong Kong film, but they knew nothing about Japanese films.

However in 1997, Takeshi Kitano, Naomi Kawase, and Shohei Imamura all won awards at major international film festivals in Europe. This led to the screening of Japanese films directed by Takashi Miike and Kiyoshi Kurosawa. These films piqued my interest in Japanese films. When I started investigating, I found that over 500 films are produced every year in japan. They do not all have content like the works screened at European film festivals. Then I became interested in the sorts of films that Japanese people actually watch and the sorts of films that are actually being produced.

However, only a limited number of films were being screened, and even when I could find videos, most did not have subtitles. I wanted to watch Japanese films unconstrained, so I had no choice but to study Japanese and watch them again. This is when I started studying Japanese. Soon after, a Japanese film festival entitled Nippon Connection was held for the first time in Frankfurt. That was in the year 2000.

Did that festival only screen Japanese films?

That’s right. The first time, 13 Japanese films were screened. I went to see them as an audience member, and contacted the organizer to ask if I could participate in the operation. I then worked as a program director for nearly 10 years. Nippon Connection became the largest Japanese film festival outside of Japan, going from screening just 13 films screened to 130 to 140 films. As the person selecting which works to screen, I watched 3 or 4 times that number of Japanese films per year, including short films.

So you were watching 400 to 550 Japanese films per year. What was your job at that time?

Of these 3 genres, the one watched by the most people would be Kadokawa films. There are many films among them that use novel and interesting techniques, including Psychic School Wars, The Girl Who Leapt Through Time, Sailor Suit and Machine Gun, and The Beast To Die. Some of their works were severely criticized by critics at the time, but in retrospect, many directors who went on to become famous later got their start with Kadokawa films, including Nobuhiko Obayashi, Shinji Somai, and Yoichi Sai. The intention of making something experimental and interesting—in terms of content—gets across well, so I took a deep interest in them.

Is that when you started taking an interest in independent films? 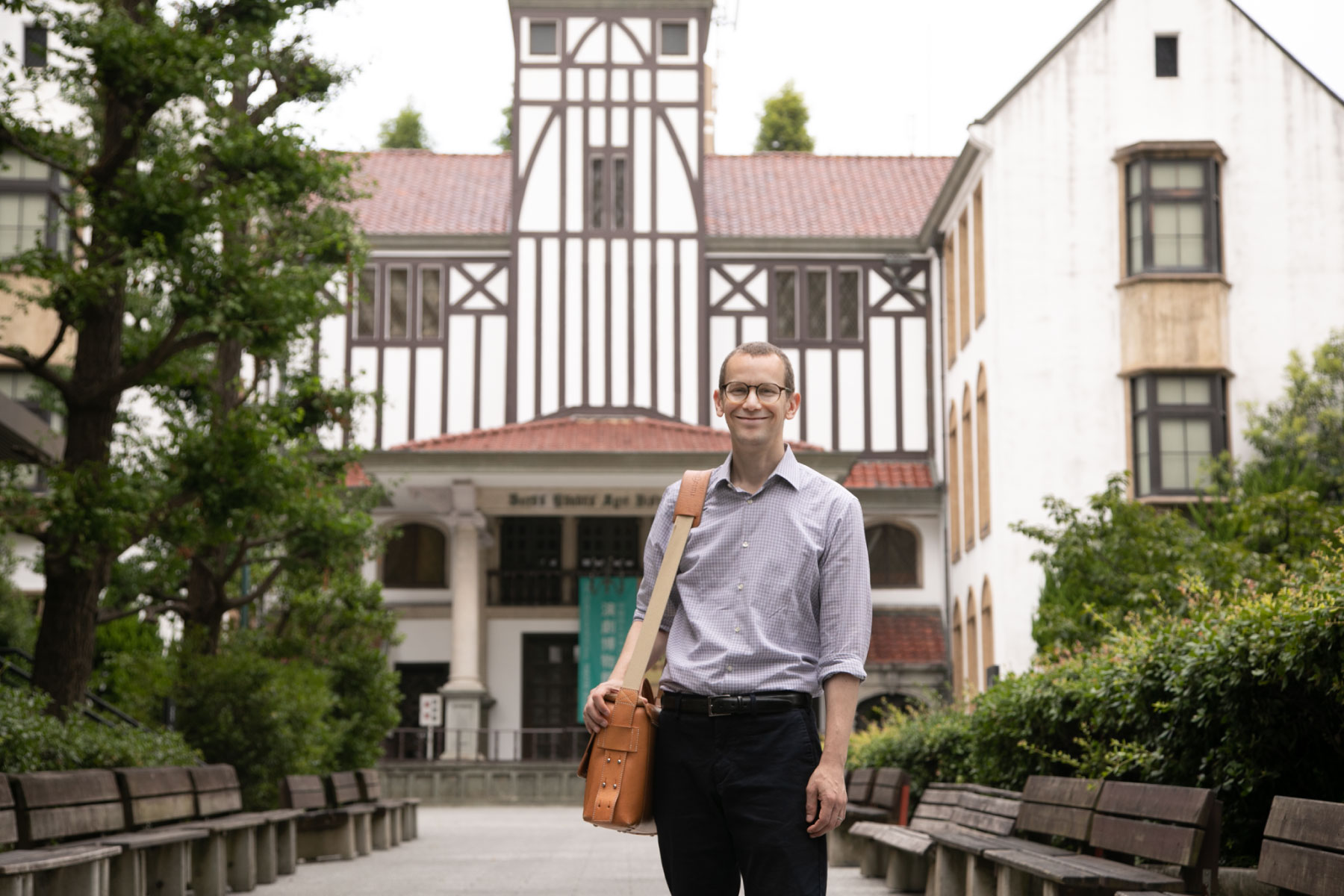 What type of research did you conduct for this field research?

First, I looked for magazines and fanzines related to independent films at libraries, archives, and even used book stores in Jimbocho. Documents on independent films are not kept in official libraries, and no one collects them, so they can be hard to come by. I had to find keywords one by one in independent film fanzines from the time, leaflets for screenings, and catalogs for film festivals, and use them to search for an overall picture of the independent film world at the time. It was like putting together pieces of a puzzle. For example, in the 1970s—if you looked at the events page of Pia magazine—it might have said that an independent film festival was held in come civic hall. By collecting this information, I could piece together the network of that time. This work took a lot of time. It would have been far less difficult to study Akira Kurosawa’s Seven Samurai.

How do you watch the actual works?

In Japan, there have been three major independent film booms, in the 1930s, 1950s, and 1970s. For this research, I mainly focused on watching works from the 1930s and 1970s. I visit individuals and directors involved in production and have them show me their works, but this is not a simple task. It gets a bit technical, but 8 mm film does not have negatives, so you cannot make copies. There is only one original. Screening it even once can damage the film, so sometimes I need to develop a bond of trust before they will show it to me.

So you actually visit directors in person to get screenings. It must be difficult, but you can speak to them directly, so you can get a lot of out of it, is that right?

During this field work, I met with many directors and heard many stories.

In March I served as a judge at Yubari International Fantastic Film Festival 2018, which is a major film festival that screens many independent films. Many film directors gathered there, so I had more chances to interview them.

I have also spoken with Nobuhiko Obayashi, but many of the directors in the decade before him have already passed away. As you can imagine, a lot of information from that time is at risk of being lost if I don’t interview him now.

How do you plan to use the results you gained from this research?

I hope to digest the documents I have collected so far and complete a book that compiles the history of independently produced films from the 1920s to the 1980s. I wasn’t able to undertake research on the 1950s this time, so that will be my next challenge.

As a future project, I am planning to make an online archive of independent films. This is because most people cannot watch old independent films even if they want to, and many are kept in a vault or a locker somewhere by their director, so they are not in good condition. If they are not properly stored, then it is likely that they will become completely unscreenable in the near future. I am therefore cooperating with various groups involved in independent films to prepare a project in which old films will be digitized and made accessible online.

Next spring or autumn, as the first step in this process, I will try to screen 20 digitized films. Eventually, I hope to also put videos of interviews that I did with directors during this field work on the archive website. By making it possible for more people, and different people, to watch independent films, I hope to create an environment in which people who wish to research Japanese independent films—like me—can do so freely.